The important High Court referral in Toufik Lounes, discussed here, referred the following questions to the Court of Justice:

“Where a Spanish national and Union citizen:

are she and her spouse both beneficiaries of Directive 2004/38/EC, within the meaning of Article 3(1), whilst she is residing in the United Kingdom, and holding both Spanish nationality and British citizenship?”

These questions are hugely important as the definition of ‘EEA national’ in the Immigration (European Economic Area) Regulations 2016 excludes EEA nationals who are also British. This is the case for all apart from those falling within the transitional provisions (see here). The Court of Justice has not yet given its determination, but the Opinion of Advocate General Bot was delivered on 30 May 2017.

The Advocate General did not view the situation as one which was purely internal to UK law, at paragraph 36 he stated:

“the connecting factor with EU law, and with the provisions of Directive 2004/38 in particular, is obvious”

and proceeded to set out how Ms García Ormazábal acquired the right of permanent residence and later British citizenship in accordance with national law.

The AG stated at paragraph 38:

“I consider that the United Kingdom may not now, solely on the grounds that she has been naturalised in that State, disregard the rights which she has exercised on the basis of EU secondary law, just as it may not disregard the fact that she has retained her nationality of origin, that is, Spanish nationality.”

Considering Directive 2004/38 first, the AG identified that being a Union citizen brought Ms García Ormazábal within the scope of the Directive, but that Article 3(1) limits the scope:

“to Union citizens who reside in a Member State other than that of which they are nationals.” (emphasis added, paragraph 50).

Following this logically, the AG thus stated in paragraph 51 that:

“Extending the scope ratione personae of the directive to a Union citizen who, like Ms García Ormazábal, has acquired the nationality of the host Member State would therefore lead to departing from the very wording of Article 3(1) of Directive 2004/38 and from the Court’s firmly established case-law.”

Further, at paragraph 59 the AG referred to the Directive not being:

“intended to apply to a Union citizen who enjoys an unconditional right of residence because he resides in the Member State of which he is a national.”

However, Advocate General Bot’s analysis did not end at the Directive: the Treaty provision concerning free movement rights – Article 21(1) TFEU – was next considered.

The AG’s analysis of the CJEU case-law in this regard was more favourable to the rights of non-EEA family members. At paragraph 86 he stated:

“To deprive her henceforward of the rights to which she has till now been entitled in respect of the residence of her family members because, by being naturalised, she has sought to become more deeply integrated in the host Member State, would annihilate the effectiveness of the rights which she derives from Article 21(1) TFEU.”

The AG found that this would be ‘illogical’. At paragraph 91 he stated:

“I therefore consider that Article 21(1) TFEU must be interpreted as meaning that, in situations like that at issue, in which Union citizens have acquired the nationality of the Member State in which they have genuinely resided pursuant to and in conformity with the conditions set out in Article 16 of Directive 2004/38 and have during that period created a family life with a third-country national, the conditions for granting a derived right of residence to the third-country national in that State should not, in principle, be stricter than those provided for by that directive for the grant of a derived right of residence to a third-country national who is a family member of a Union citizen who has exercised his right of freedom of movement by becoming established in a Member State other than the Member State of which he is a national.”

If this analysis is followed by the Court, the UK’s interpretation of the definition of EEA national in Regulation 2 to exclude dual EEA-UK nationals may not be incorrect in so far as the Regulations transpose the Directive, but could nonetheless require amending so that individuals’ rights under Article 21(1) TFEU are not unduly restricted.

For expert advice in relation to an EEA residence document application or appeal, or an application for naturalisation, contact our EEA immigration barristers in London on 0203 617 9173 or complete our enquiry form. 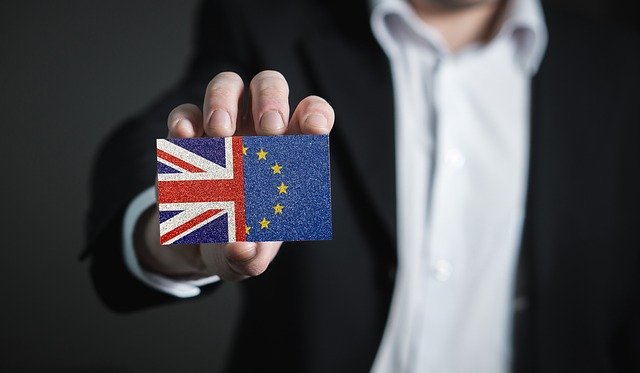 EU Settled Status is a relatively new form of indefinite leave to remain (ILR) for which EEA nationals and family members have to apply by 30 June 2021 or submit an eligible late application.  In this post we look...