What are the requirements for a Zambrano Derivative Residence Card?

The Zambrano carer application derives from case-law of the European Court of Justice, but the UK’s EEA Regulations provide so far as material as follows:

“15A. Derivative right of residence

(1) A person (“P”) who is not an exempt person and who satisfies the criteria in paragraph …(4A)… of this regulation is entitled to a derivative right to reside in the United Kingdom for as long as P satisfies the relevant criteria.

(4A) P satisfies the criteria in this paragraph if–

(b) the relevant British citizen is residing in the United Kingdom; and

(c) the relevant British citizen would be unable to reside in the UK or in another EEA State if P were required to leave.

(a) P is a direct relative or a legal guardian of that person; and

To discuss your Zambrano Derivative Residence Card application with one of our immigration barristers, contact our EEA immigration lawyers on 0203 617 9173 or complete our enquiry form below.

What relationship must I have to the British citizen in order to qualify for a Zambrano Derivative Residence Card?

The case of Zambrano itself, (which I discussed here in 2015), related to children dependent upon non-EU national parents.  The Treaty article conferring EU citizenship – Article 20 TFEU itself – was relied upon to the effect that the non-EEA parents could stay with their children as otherwise the children would be compelled to leave the EU.   While the threshold for success is high, it is not only a child-parent application which can succeed in an application for a Zambrano Derivative Residence Card.

It is possible for applicants with other relationships to succeed – notably, dependent elderly parents and their carers.  The Court of Appeal in MS (Malaysia) v Secretary of State for the Home Department [2019] EWCA Civ 580 recently considered the case of an adult primary carer of a British citizen parent.

The Court of Appeal considered the Court of Justice cases Case C-133/15, Chavez Vilchez, and  Case C‑82/16 KA.  At paragraph 65 of the latter, the Court determined:

“that, unlike minors and a fortiori minors who are young children… an adult is, as a general rule, capable of living an independent existence apart from the members of his family. It follows that the identification of a relationship between two adult members of the same family as a relationship of dependency, capable of giving rise to a derived right of residence under Article 20 TFEU, is conceivable only in exceptional cases, where, having regard to all the relevant circumstances, there could be no form of separation of the individual concerned from the member of his family on whom he is dependent.”

At paragraph 42 in MS, the Court of Appeal considered the availability of state care:

The Court of Appeal dismissed the Secretary of State’s appeal – the result is the Court of Appeal confirmed that adult British citizens dependent on non-EEA nationals can have their primary carers rely on Zambrano.

Can I apply under Appendix EU and rely on Zambrano carer rights?

Yes! Since 1st May 2019, it has been possible for Zambrano carers to apply for leave to remain under the new Appendix EU.  (There will be more about this in a separate post to follow.)

What if I can make another type of application?

Recent ‘Derivative Rights of Residence’ Home Office Guidance, published 02 May 2019, makes clear that the Home Office position is that if there is an option to make a different type of immigration application, then you cannot succeed in an application for a Zambrano Derivative Residence Card.

Page 52 of the Guidance sets out:

“A derivative right to reside is only available to an applicant who has no other means to remain lawfully in the UK as the primary carer of a dependent British citizen, or a dependent of that primary carer.

As a Zambrano case centres on a person seeking to remain in the UK with a British citizen, there is significant overlap with the right to respect for private and family life which is protected by Article 8 of the European Convention on Human Rights (ECHR).

Where a person wishes to remain in the UK on the basis of family life with a British citizen, they should first make an application for leave to remain under Appendix FM to the Immigration Rules, not for a derivative residence card on the basis of Zambrano. “ (emphasis added)

“This means that a Zambrano application must be refused if the applicant:

This is arguably not correct under EU law, but is clearly the current position of the Home Office.

For expert advice and assistance in relation to an application for a derivative residence card as a Zambrano carer, contact our immigration barristers in London on 0203 617 9173 or via our enquiry form below.

On the day the UK was set to leave the EU, 29 March 2019, the Home Office has published updated guidance in relation to the extended family members of EEA nationals, and the family members of British citizens... 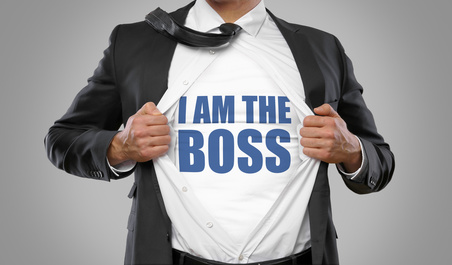 Evidential Requirements for EU Nationals who are Self-Employed

EU nationals who wish to apply for settled status under Appendix EU on the basis of having worked in the UK for 5 years need to provide evidence of their work history over the qualifying period.  This is a requirement...