The EU Settled Status Scheme, under Appendix EU to the Immigration Rules, opened to all applicants on 30 March 2019.

The impact of incorrect decisions is potentially very serious as it could mean that EEA citizens and their family members’ right to reside and access to services are affected. But how can decisions under the Settled Status Scheme be challenged?

What options are available for challenging a Settled Status decision?

The Immigration (Citizens’ Rights Appeals) (EU Exit) Regulations 2020 (“the Regulations”), which came into effect after 11pm EU exit day (31 January 2020), now afford applicants under the EU Settlement Scheme a right of appeal, but only on decisions made under the EU Settlement Scheme after the Regulations came into effect. Previously, the only options for challenging erroneous decisions were administrative review and judicial review.

In addition to the above options, it is always open to an applicant to submit a fresh application. However, some applicants have found themselves facing the same issues with the application process as with their previous applications, resulting in more refusals.  In these circumstances, it may be better to challenge a refusal.

As with all decisions made by public bodies, applicants are entitled to challenge decisions by way of judicial review. However, as this blog explains, judicial review is not a full review of a decision, but is an assessment, by a judge, of whether the decision was procedurally and legally correct.

Right of appeal against an EU Settled Status decision

This instrument provides that, where a person makes a valid application for leave under the EUSS, or for an EUSS family or travel permit, on or after exit day, they will have a right of appeal against a decision to:

However, the right of appeal only applies to decisions made on or after exit day, as I have set out above. Applicants wishing to challenge decisions made before this date will have to challenge the decision either by administrative review or judicial review, as explained below.

Lodging an appeal against a Settled Status refusal decision

Appeals will usually be to the First-tier Tribunal (Immigration and Asylum Chamber). The only exception is where it is certified under Schedule 1 of the Regulations as having been taken in the interests of national security, in which case the appeal would be to the Special Immigration Appeals Commission (“SIAC”).

Appeals can be lodged within the UK or outside the UK. The only exception is where an application has been certified, as above, in which case it can only be brought from out of country, unless the appellant has made a human rights claim while in the UK and there is no certification.

In the First-Tier Tribunal, appellants lodging appeals in the UK will have 14 days to do so, whilst those lodging from outside the UK have 28 days to lodge the appeal. Special time limits apply for appeals to SIAC.

Challenge by way of Administrative Review

The grounds for seeking administrative review include:

The final ground specified is interesting. Applicants can provide further evidence to the Home Office following the refusal of their application or a grant of pre-Settled Status, and the Home Office will consider it.  This does not appear in the administrative review principles under Appendix AR where the reviewer will not consider any evidence that was not before the decision maker, except in certain circumstances. Only under Appendix AR (EU) is it permitted for further documents to be put before the administrative reviewer.

Who can apply for administrative review of a Settled Status decision?

Applying for administrative review of a Settled Status decision

Although administrative reviews are an internal Home Office mechanism, they can offer a review of the decision which would provide a result more quickly than an appeal would. There is also the added benefit of being able to provide further evidence to be considered with the application, which is not permitted under Appendix AR (as mentioned above).

Chance of success and potential outcomes

A recent freedom of information request response confirmed that 451 requests for administrative review of Settlement Scheme decisions had been received, and of the 325 that have been decided, 89.5% were successful. This is a high turnover rate, which  may be due to the fact that administrative reviews of EU Settlement Scheme decisions permits further evidence to be provided.

Judicial review, however, is a complex and time-consuming process. How quickly your case will be dealt with is completely dependent on the capacity of the court considering your case. It could be months before a decision is made on your case, or even before you receive a response from the Home Office as to their assessment of your case against them. This is not particularly attractive for decisions under the Settled Status Scheme given the relative uncertainty caused by Brexit.

As judicial review is also not a review of the conclusion of a decision, but of the decision-making process, it means that notwithstanding a judge determining that a decision was made unlawfully, the Home Office could reach the same conclusion following the reconsideration. This is why well-drafted grounds and an appropriate bundle are essential preparation for judicial review, though you are not permitted to include further evidence which was not before the decision maker.

You should, therefore, consider carefully whether judicial review is the appropriate avenue for you and whether, actually, a fresh application would be more appropriate in your circumstances.

For expert advice and assistance on how best to challenge your Settled Status application decision, contact our immigration barristers in London on 0203 617 9173 or via our enquiry form. 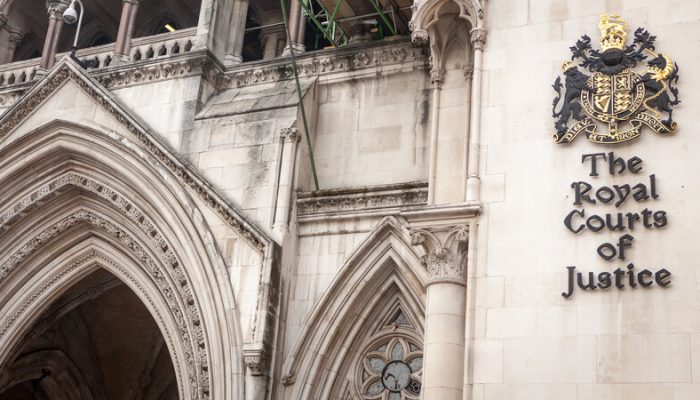