We recently examined, in Parts One, Two, Three and Four of our Practical Guide to Immigration Appeals, how and on what basis an immigration appeal can be pursued. We have examined both legal and practical considerations for an appeal.

The factors and considerations we have set out and examined cannot be considered an exhaustive list. The approach to an appeal will depend on the individual facts and circumstances.

What if an immigration appeal is dismissed by the First-tier Immigration Tribunal? Where does this leave you and what can you do? We examine this in this article. You may need to seek specialist legal advice as to the process, relevant time limits and legal arguments to be advanced.

Error of Law in Immigration Appeals

In  R (Iran) & Ors v Secretary of State for the Home Department [2005] EWCA Civ 982, the Court of Appeal gave examples of the most commonly encountered errors of law (albeit not an exhaustive list):

Errors in factual findings would not normally amount to errors of law, unless they have reached the threshold of irrationality (in the Wednesbury sense, i.e. the finding was not open to the Tribunal on the evidence/was wholly unsupported by the evidence, provided it was a finding as to a material issue). Mere disagreement with the fact-finding is not a ground on which to set aside a decision and the assessment of weight to be given to evidence is a matter for the court or tribunal of first instance. The submission of further evidence following a hearing to contradict a finding, even if admissible, cannot usually be said to be an error of law, unless the evidence is submitted to demonstrate unfairness, a mistake of fact or concerns questions of a jurisdictional act.

Where there is no reasonable prospect that any error of law alleged in the grounds of appeal could have made a difference to the outcome, permission to appeal should not normally be granted in the absence of some point of public importance that it is otherwise in the public interest to determine. Permission should only be refused, where there is arguably an error of law, only if it is a plain case that the error could have made no difference to the outcome.

Permission ought to be sought and granted in order to appeal to the Upper Tribunal from a decision of the First-tier Tribunal. The decision whether to grant permission to appeal involves the question whether the challenged decision arguably involved an error of law. At the permission stage, the question is not whether the error is made out; only whether it is arguable. Relevant guidance was issued in the Immigration and Asylum Chamber of the Upper Tribunal in 2019: JOINT PRESIDENTIAL GUIDANCE 2019 No 1: Permission to appeal to UTIAC.

The above are calendar days, but if the relevant time limit ends on a day that is not a working day, the application is made in time if it is made (and received) on the next working day. In the First-tier Tribunal, that is by midnight of the last day, and in the Upper Tribunal by 5pm on that day.

There is no fee applicable for the applications or the appeal to the Upper Tribunal.

If the decision contains a clerical mistake, or other accidental slip or omission, “most obviously a straightforward slip of the pen”, this can be corrected by the First-tier Tribunal under the “slip rule”. The error can and should be corrected even if it alters completely the outcome of the decision as initially expressed, if that outcome is clearly at odds with the intention of the judge. An application can be made accordingly.

The refusal of permission to appeal to the Upper Tribunal, following an application to the Upper Tribunal, is an “excluded decision”. As such, there is no right of appeal against it to the Court of Appeal. Currently, it is possible to seek judicial review of that decision in the Administrative Court; this is known as a “Cart” Judicial Review, named after the Supreme Court judgment that introduced it: Cart v The Upper Tribunal (Rev 1) [2011] UKSC 28. In Scotland, the relevant case is Eba v Advocate General for Scotland (Scotland) [2011] UKSC 29. This has a much shorter timeframe than other judicial reviews: the claim form and supporting documents must be filed no later than

16 days after the date on which notice of the Upper Tribunal’s decision was sent.

The Judicial Review and Courts Bill, published on 21 July 2021, contains a clause which would insert a new provision in the Tribunals, Courts and Enforcement Act 2007, with the effect of excluding Cart Judicial Reviews after its coming into force, other than in very limited circumstances: where the questions raised involve whether the application to the Upper Tribunal for permission to appeal was invalid; whether the Upper Tribunal was properly constituted; or whether it acted in bad faith or in fundamental breach of the principles of natural justice. This reform was based on a proposal, itself based on a flawed premise. This has been addressed in an earlier post.

Once Permission to Appeal has been Granted

If permission to appeal to the Upper Tribunal is granted, the case will normally be listed for an error of law hearing.  The Upper Tribunal will send Directions which will need to be complied with.

After the hearing, a decision on whether the First-tier Tribunal’s decision was vitiated by a material error of law will be made either pronounced orally or reserved. A written decision with reasons will follow in any event.

You will need to consider the second appeals test in s.13(6) of the Tribunals, Courts and Enforcement Act 2007 and whether it applies. We examined this in an earlier article.

This article was co-written by  Alex Papasotiriou and Alexandra Pease.

In our previous blog post, we discussed the case of  Agbabiaka (evidence from abroad; Nare guidance) [2021] UKUT 00286 (IAC), and the requirements for oral evidence to be heard from abroad in the First-tier Immigration... 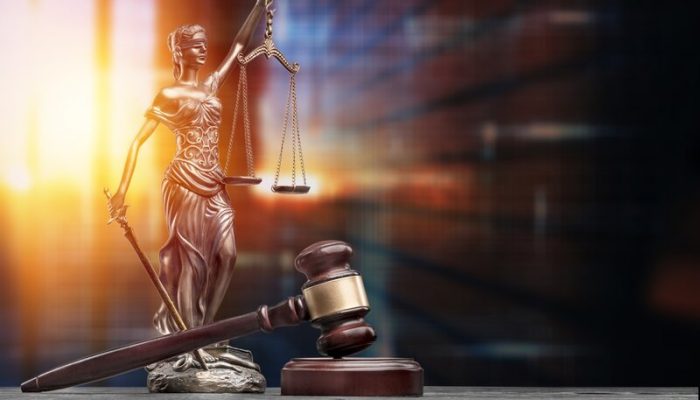