A Short Guide To Applying For Immigration Bail

New immigration detention powers came into force on 15 January 2018, primarily contained in Schedule 10 to the Immigration Act 2016. The new framework provides for a single power to grant immigration bail, available to both the Secretary of State and the First Tier Tribunal.

Schedule 10(13) contains transitional arrangements for any person at liberty on the basis of previous alternatives to detention— the person is now to be treated as having been granted immigration bail under the same conditions.

Who is eligible for immigration bail?

Persons detained under the following provisions are eligible for immigration bail:

Even if no longer detained, if a person is still liable to be detained, or if the Secretary of State is considering whether to make a deportation order under s.5(1) of the IA 1971, a person may be granted or remain on immigration bail.

Who can exercise immigration bail powers?

In a very slight nod to the widespread condemnation of indefinite detention, the Secretary of State has a new duty to make an automatic referral to the Tribunal. The referral takes place four months after a person’s detention, and every four months after the latest consideration by the Tribunal of whether to grant immigration bail to the person or withdrawal by a detained person of an application for immigration bail, as per Schedule 10(11).

The Tribunal has further restrictions on granting immigration bail laid out in Schedule 10(3)(3)-(3)(4):

While there is Guidance for Home Office Staff on First-tier Tribunal immigration bail, the Tribunal Procedure Rules have not yet been updated to reflect the requirements of Schedule 10(12):

What are the relevant factors in granting immigration bail?

As always, the Tribunal or Secretary of State will consider the following questions, in deciding whether to grant bail, and what conditions to attach:

Revised Guidance on Adults at Risk, was drafted and laid before Parliament on 21 March 2018 and subject to parliamentary processes is said to come into force on 2 July 2018. Having compared it to the Previous Guidance on Adults at Risk, from August 2016, there appears to be only be two textual clarifications. Little is added in the first sentence of paragraph 1, and in paragraph 12, it is clarified that the list of indicators of risk is non-exhaustive: “Any other relevant condition or experience that may render an individual particularly vulnerable to harm in immigration detention, and which does not fall within the above list, should be considered in the same way as the indicators in that list.”

What conditions can be attached to a grant of immigration bail?

Immigration bail must be subject to one or more of the conditions listed in paragraph 2(1) of Schedule 10, which include:

How to apply for immigration bail

While the Secretary of State may consider granting bail, regardless of whether a person has submitted an application – a detained person who wishes to apply must use the official immigration bail application form – BAIL 401. According to the form and the new Guidance, decisions must be made within 10 working days.

For applying to be granted immigration bail by the First-tier Tribunal, the application must be made on Form B1. 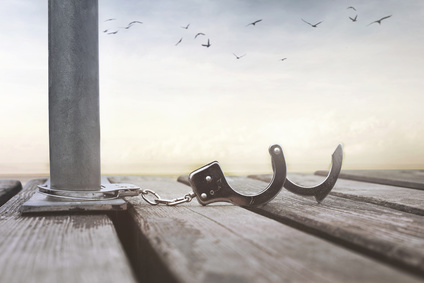 Immigration Bail at the First-tier Tribunal