On 20 June 2022, a new paragraph (GEN.1.11A) to Appendix FM of the Immigration Rules will take effect, giving further clarity to the use of public funds by those responsible for the care of children, who otherwise, because of the nature of their leave to remain in the UK, would have ‘no recourse to public funds’ (NRPF).

The old paragraph GEN.1.11A – a ‘lack of clarity’ in compliance with the duty to children in section 55 of the Borders, Citizenship and Immigration Act 2009

Currently the paragraph reads as follows:-

GEN.1.11A. Where entry clearance or leave to remain as a partner, child or parent is granted under paragraph D-ECP.1.2., D-LTRP.1.2., D-ECC.1.1., D-LTRC.1.1., D-ECPT.1.2. or D-LTRPT.1.2., it will normally be granted subject to a condition of no recourse to public funds, unless the applicant has provided the decision-maker with:

(a) satisfactory evidence that the applicant is destitute as defined in section 95 of the Immigration and Asylum Act 1999; or

(b) satisfactory evidence that there are particularly compelling reasons relating to the welfare of a child of a parent in receipt of a very low income.

In a challenge before the Administrative Court,  ST (a child, by his Litigation Friend VW) & VW v Secretary of State for the Home Department [2021] EWHC (Admin), the Court determined (for reasons discussed at paragraphs 157 through 161 of the judgement) that paragraph GEN.1.11A did not comply with the duty to ‘safeguard and promote the welfare of children who are in the United Kingdom’, as set out in section 55 of the Borders, Citizenship and Immigration Act 2009 – note also that this duty is imposed in respect of all children in the UK, even if the children are not British citizens.

The case involved a South African mother, who, although working, was a single parent, and had been compelled to access income support, child tax credit, council tax benefit and housing benefit to support her child.  She had been granted further leave to remain as the sole carer of her British citizen child with a “no access to public funds” (NRPF) condition.  She contested the decision to impose the NRPF condition, stating that these funds were required to support her child, that it was not in his best interests to deny these funds which provided for his care, and his welfare had not been taken into account as a primary consideration.

It was argued by the Home Office in ST that GEN.1.11A as constituted did discharge the section 55 duty to children because the relevant guidance indicated that considerations in respect of the best interests of children would be part of a decision to waive the NRPF prohibition.  The Court emphatically found this was not enough; GEN.1.11A as phrased did not properly reflect the statutory requirement placed upon the Home Office in all decisions impacting on the welfare of children, see also R (MM (Lebanon)) v Secretary of State for the Home Department [2017] UKSC 10.  The Court found that as section 55 of the Borders, Citizenship Act imposed a statutory duty to protect and nurture vulnerable children, and this duty should not be expressed as a ‘consideration’ set out and phrased by guidance; paragraph GEN.1.11A as set out in Appendix FM did not comply in clearly expressing this statutory duty.

Changes in the Rules to reflect the statutory duty to promote the welfare of children, the new paragraph GEN.1.11A

The Explanatory Memorandum To The Statement Of Changes In Immigration Rules Presented to Parliament on 15 March 2022 (HC 1118) says the following about the change which has been made to give effect to the ruling in ST:-

7.51 In litigation challenging the No Recourse to Public Funds (NRPF) policy (ST (a child, by his Litigation Friend VW) & VW) the court held that paragraph GEN 1.11A of Appendix FM of the Immigration Rules and the NRPF guidance gave insufficient clarity on the compliance with children duty in section 55 of the Borders, Citizenship and Immigration Act 2009.

7.52 To reflect this judgment, paragraph GEN 1.11A and the relevant condition in Appendix Private Life have been amended to address the court’s ruling. In addition, the guidance has been amended.

(a) the applicant is destitute as defined in section 95 of the Immigration and Asylum Act 1999, or is at risk of imminent destitution; or

For the purposes of this paragraph ‘relevant child’ means a person who:

(i) is under the age of 18 years at the date of application; and

(ii) it is clear from the information provided by the applicant, is a child who would be affected by a decision to impose or maintain the no recourse to public funds condition.”

It is important to note that, with this change, there will be no need to demonstrate ‘particularly compelling’ reasons relating to the welfare of a child as before, or that the parent (or carer) must show that they are ‘in receipt of a very low income’ (although that would likely be an aspect of the considerations).  What is required is to show reasons relating to the welfare and circumstances of a child so that the condition of NRPF not be imposed.

What public funds are relevant to the NRPF condition?

The relevant guidance, Public Funds Migrant access to public funds, including social housing, homelessness assistance and social care gives a list of what comprises ‘public funds’ with the following warning:-

With a few exceptions, people who require immigration permission (including those who do not have permission) are generally subject to a no recourse to public funds (NRPF) condition attached to their permission to enter or stay. Migrants with NRPF are usually not entitled to access the taxpayer funded benefits and services set out at s115 and rule 6. Those who claim public funds despite being subject to an NRPF condition may be committing an offence in law and can be liable to having their immigration permission curtailed and any further immigration applications refused.

Migrants who have been granted leave without an NRPF condition can access benefits and services, providing they meet the relevant eligibility criteria. Those granted indefinite permission to remain will be entitled to access services and publicly funded benefits on the same basis as a UK national, unless they have been granted leave subject to a maintenance undertaking. People granted permission to enter or stay in the UK on this basis can access these benefits and services after five years of continuous residence or where the sponsor has passed away.”

The definition of what public funds in respect of immigration law and the NRPF condition are set out in the definitions found at paragraph 6 in the introduction of the Immigration Rules.  It is set out most simply here, as follows:-

If you have a residence permit that allows you to live in the UK, it may include the condition that you have no recourse to public funds. If so, it means you will not be able to claim most benefits, tax credits or housing assistance that are paid by the state.

However, there are exceptions for some benefits and if you are in any doubt, you should contact the department or agency that issues it. This will often be the Department for Work and Pensions or HM Revenue & Customs.

Public funds include a range of benefits that are given to people on a low income, as well as housing support. These are:

From the same Home Office website, the following are not public funds:-

As can be seen from the list above, benefits such as housing benefit and child tax credit can have a significant impact on the living conditions and welfare of vulnerable families with children.  The change in the Immigration Rules in relation to the NRPF condition which reflects the statutory duty to the best interests of vulnerable children is thus to be welcomed.

A related previous post discussing which benefits or public funds Sponsors may rely upon to sponsor family members to join them or remain with them in the UK can be found here.

For expert advice and assistance with matters relating to immigration applications and state benefits, contact our immigration barristers on 0203 617 9173 or complete our enquiry form below. 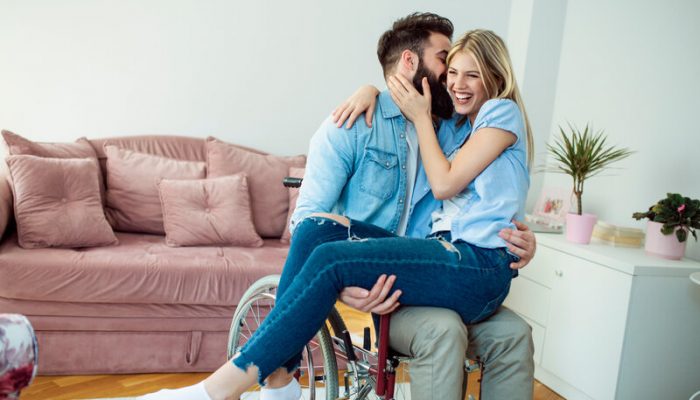 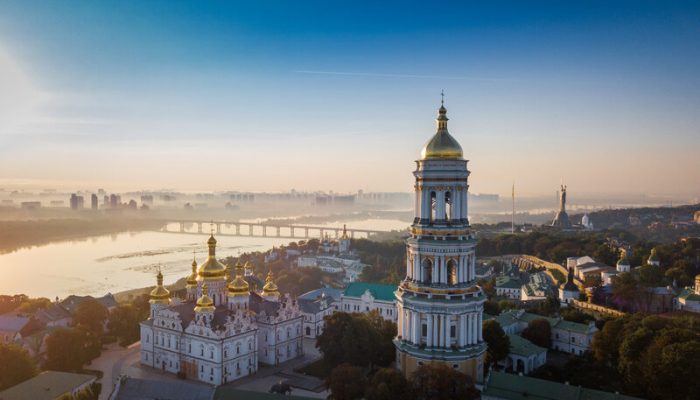 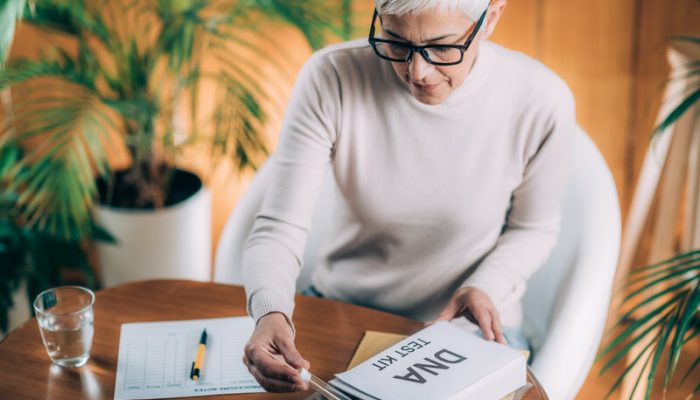 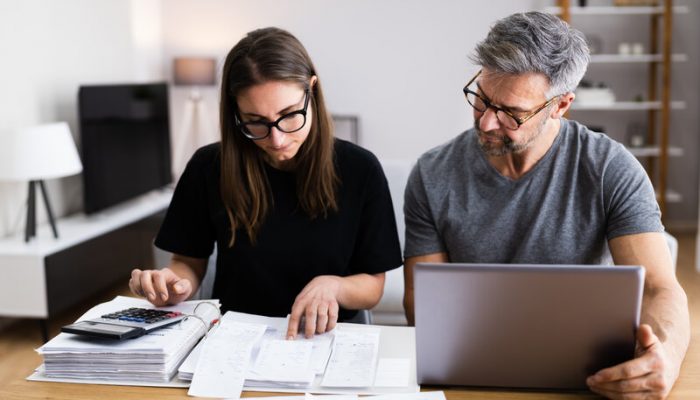 Following previous posts about meeting the financial requirement of Appendix FM of the Immigration Rules through cash savings and through self-employment, this blog post will focus on meeting the income requirement...